this is the best analysis of the situation i have red up to now. Good job! 🙂

also: keep up the talks with RUSSIA, CHINA, IRAN, INDIA (because you can).

First things first: “the world” does not hate the people living in Israel or America.

People all over the world hate: Injustice.

Injustice is if one country is allowed to do this and that, but at the same time forbids the rest of the world to do the same.

Maybe every single one of the  United Nations 193 member states,[1] , should have ONE nuclear weapon – only ONE – and allow all 193 countries to inspect them on a yearly basis and think about how secure from mad people/saboteurs and hackers.

It seems mankind only “works” that way? 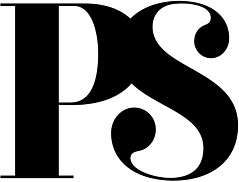 “The fact is that Europeans and Americans have long lied to themselves and each other about the extent of their common interests and values.”

Just recently i wrote about “the real reason Washington quits INF treaty with Russia is China” – if it wants to regain trust – EVERYBODY needs to stop lying about it’s foreign policy aims.

Also Washington demonstrates almost NEVER ENDING(?) imperialism and colonization – sorry i mean “export of democracy” to places like Venezuela – which increases distrust – especially in those countries that used to be (British) colonies (China).

NOBODY in the world believes that the interest of Washington in Venezuela is for democracy and it’s POOR population suffering severely from the corruption of it’s regime but also from the regime change by sanctions approach.

The US game was: kick out the old colonial ruler / regime change and install yourself  under some pretext (= “lie”) of democracy and progress – or install  an US friendly dictator – get all resources cheap – maybe do some secret contracts here and there.

I claim that SouthAmerica is poor and massive amounts of refugees are fleeing north via Mexico to USA exactly because of this foreign policy of reckless exploitation – it is “home made” you could say.

“European and US strategic interests have been diverging at least since the end of the Cold War.

America rescued a hapless Europe in the Balkan Wars of the 1990s.

But by the time of the Kosovo War at the end of that decade, Europeans had begun to wake up to their responsibilities.

In the 2008 Russo-Georgian War, and in the conflict in Ukraine since 2014, it was Europeans, not Americans, who led the diplomatic response and imposed the strongest sanctions on Russia.

Moreover, Europe is the only party ever to have mobilized in the name of collective defense under Article 5 of the NATO treaty.

Following the terror attacks of September 11, 2001, Europeans sent forces to distant wars in the Middle East, over which they had little control.

In hindsight, it is clear that those wars destabilized Europe’s neighborhood and, eventually, Europe itself.

America’s exclusive focus on counterterrorism left war-torn Middle Eastern countries with fragile governments, or none at all. And in recent years, Europeans have increasingly borne the costs in the form of terrorism and influxes of refugees.

As for the US, many of its 320 million citizens no longer understand why they should have to protect 500 million Europeans, who live, after all, on a relatively peaceful and prosperous continent.

They know that their country is in an escalating competition with China in the Indo-Pacific, and are thus shocked that Europeans would join the Chinese-led Asian Infrastructure Investment Bank.

Ultimately, Europeans are left between a rock and a hard place.

They, too, want to push China harder on trade and investment issues.

But the best way to do that is through the World Trade Organization, which the Trump administration is actively undermining.

The divergence in values is no less pronounced. For their part, Europeans support international institutions, rules-based arrangements, and multilateralism generally. But America has always been ambivalent about treaties and institutions that might constrain its sovereignty or defy its objectives.

While Trump and Pence crudely state what today’s America wants, Biden is selling a vision of America that it no longer obtains. The US government does not have the American people’s consent to act on the world stage as it once did. While Americans still recognize the importance of sustaining US economic and military primacy vis-à-vis China, they appear to have rejected the elite consensus on trade, defense spending, and diplomacy.

The transatlantic partnership will always be Europe’s most important relationship. But it can last only if both sides take responsibility for their own affairs. The alliance would be immeasurably stronger if it were based on an honest assessment of each side’s interests and values, rather than on quaint illusions of fellow feeling.

Pence’s blunt speech in Munich may have been painful to hear; but one hopes that it will bring an end to European complacency and point the way to a renewal of transatlantic relations on realistic terms. If that turns out to be the case, Pence will have won the title of transatlantic hero – whether he wants it or not.

This article appeared originally on 25 February in Project Syndicate.

Previous: price fixing allegations against alliances of major container shipping companies that are in dire fight over slowing global trade
Next: world electricity demand 2000-2017 1763TWh – electricity demand fell in 18 out of 30 IEA countries